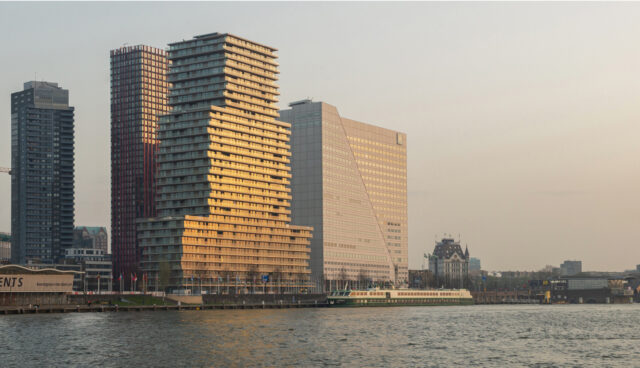 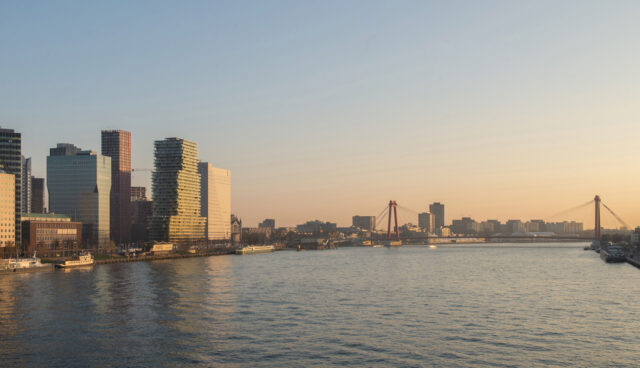 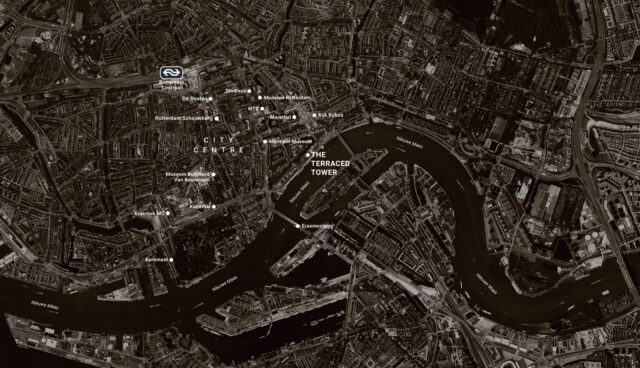 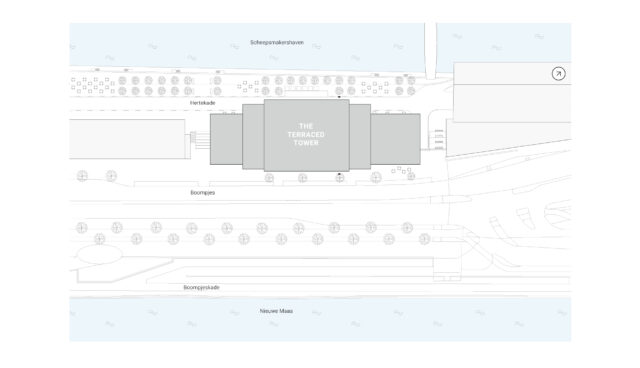 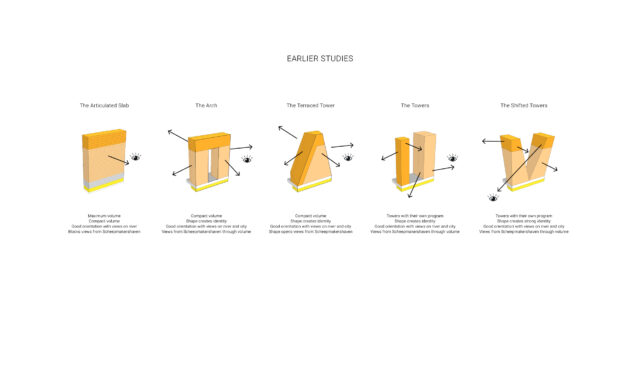 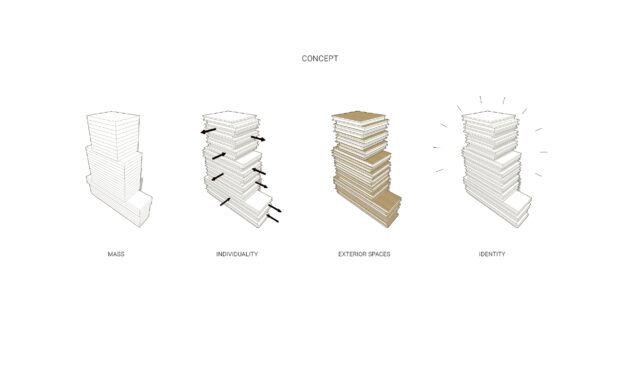 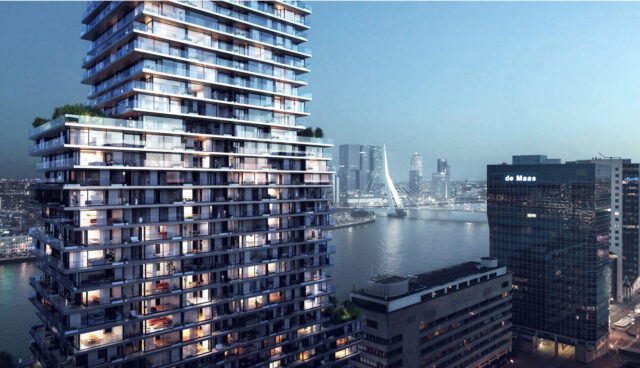 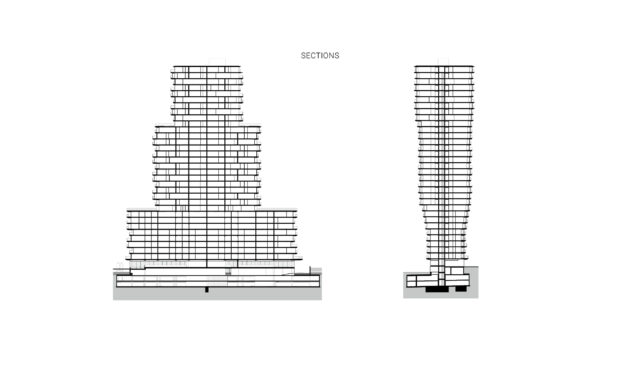 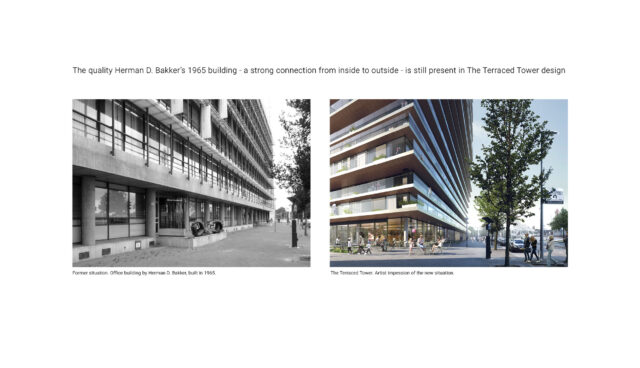 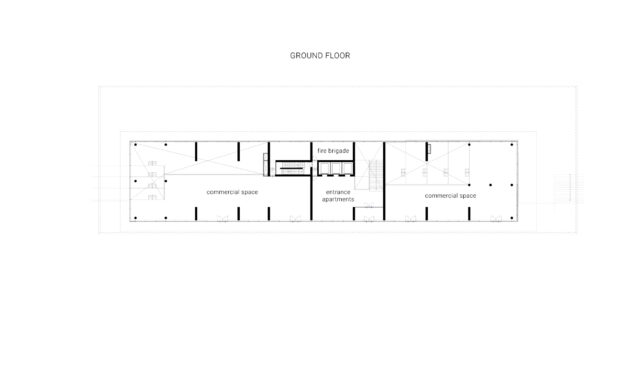 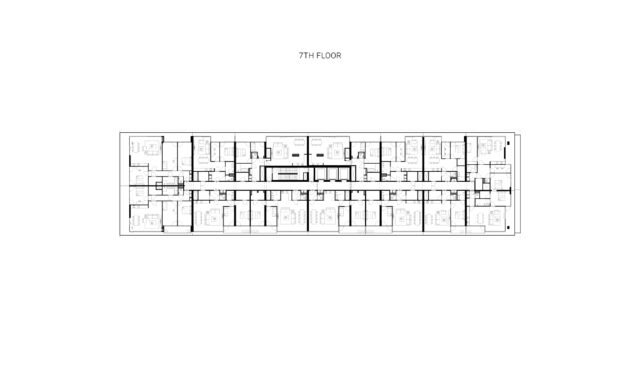 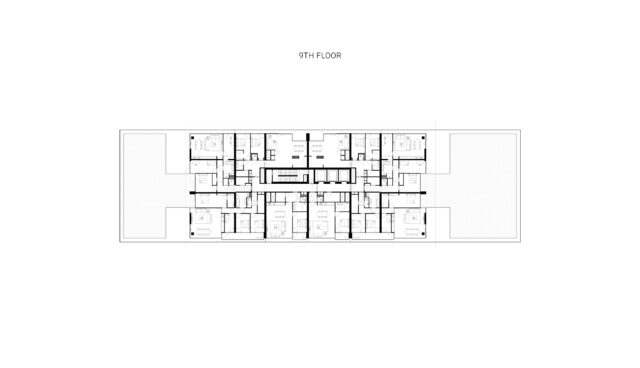 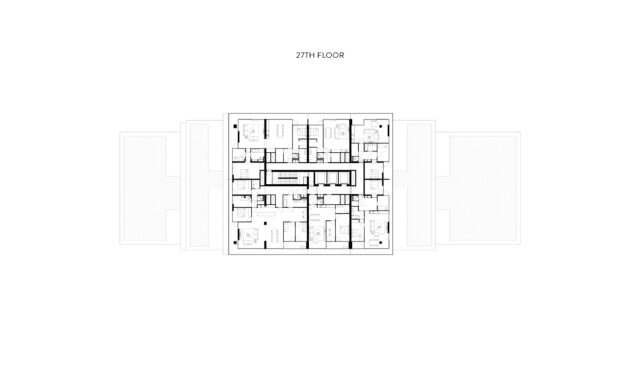 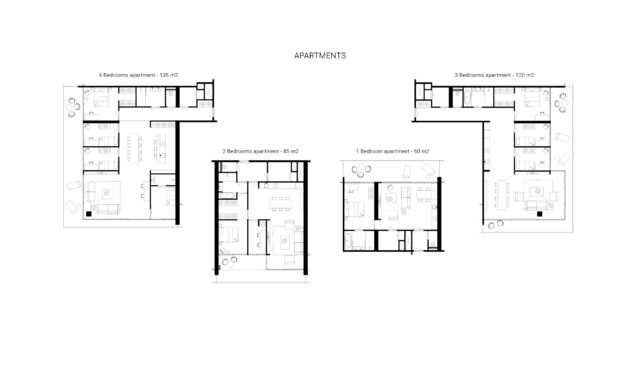 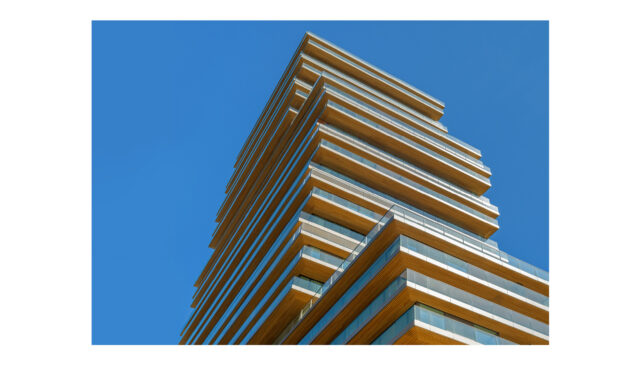 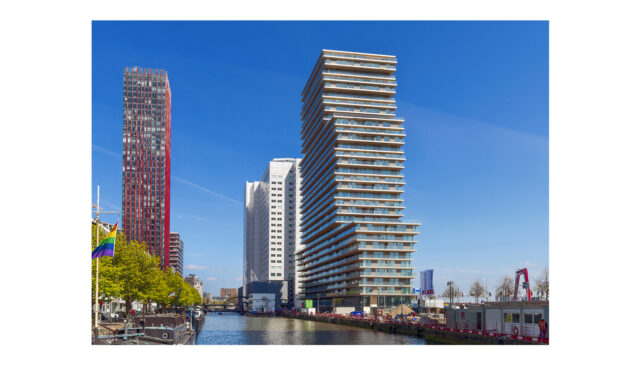 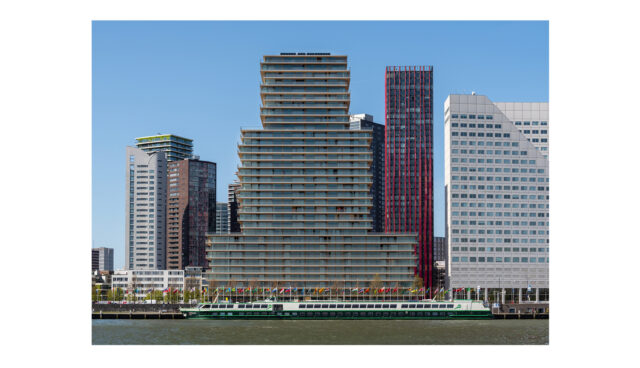 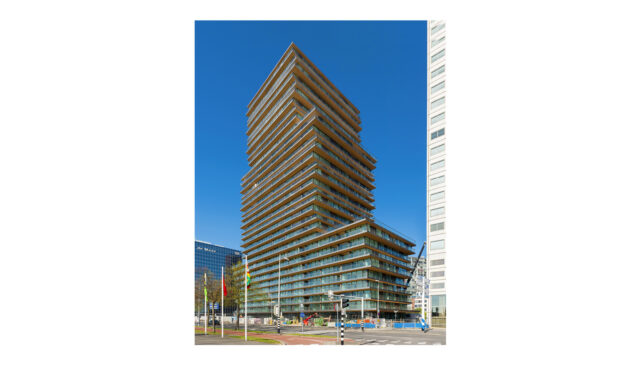 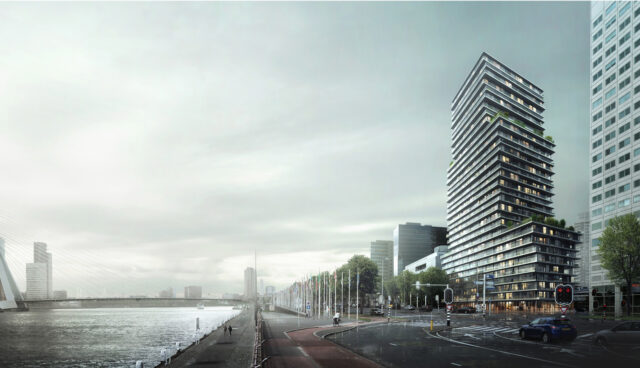 The Terraced Tower has a whole new look in Rotterdam’s ever-evolving skyline. The building has a total of 344 flats, the smallest 52m2 and the largest 136m2. The client; Provast in combination with First Sponsor. Besix has constructed the building. CBRE Global Investor is the owner of the rental part of The Terraced Tower.

In the design, The Terraced Tower with its iconic stack of floors with glass facades in between, is primarily seen as a habitat aimed at individual comfort. The design does not represent the tower as an object, but rather as a building whose main expression is happiness and the fulfilment of that happiness by its residents. The reasons for enjoying life in this central location are abundant: the view of the city and the river, services such as a restaurant and fitness in the lively substructure, and at the same time silence or even retreat. With its large residential differentiation and 7000 m2 of outdoor space, The Terraced Tower introduces a new tower typology to the high-rise city.

At the site of the Terraced Tower, Boompjes 55 used to be the 1965 office building of Herman D. Bakker. The initial plan was to leave Bakker’s building as the substructure and to realise the new building on top of it. However, this proved too technically challenging. A larger goal of the project is to make the Boompjes the border of the inner city on the Maas again. Therefore, it is important to activate the surrounding area with public functions in the plinth. The Hertekade will also be revived as a place to stay within the city. Bakker’s building was turned inwards, the quay functioned as a service zone for the buildings. OZ ultimately opted to reflect the quality of Bakker’s building in the architecture and volume but to greatly improve the relationship between the building and its surroundings.

The idea of beautiful outdoor spaces was born as early as the first design phase. There was then an idea for a pyramid model, which seemed a logical form on top of Bakker’s long and shallow ‘base’, culminating in the form of a tower. OZ wanted a high quality for the apartments, with beautiful roof terraces on the sloping sides. For the first time, the idea emerged that The Terraced Tower could also be something other than a tower. In the final design, the pyramid was abandoned but the idea of a ring of outdoor space around the apartments remained.

In terms of form, this is not a classical residential tower. The Terraced Tower is a building that is formed in three parts. The first layer is a replica of Bakker’s building. The second and third layers have an increasingly square shape with strong horizontal articulation. These principles come together in the iconic cross-section of the building. Every component, from the balcony railing to the flexible façade system, has been worked out in detail. The floors of the Terraced Tower protrude. From the street, the wooden ceilings determine the image of the building. For the residents, the large terraces form an extension of the home to the outside, a zone between the interior and the city. The continuous glass railing creates maximum visibility and creates a zone around the building which is protected from the wind. All the rooms in the apartments are connected to the terrace, allowing for different routes. The residents enjoy the connection between inside and outside. We call this concept stacked individual happiness.

View a brochure about The Terraced Tower

More information about the cooperation with Besix for this project can be read in this interview.