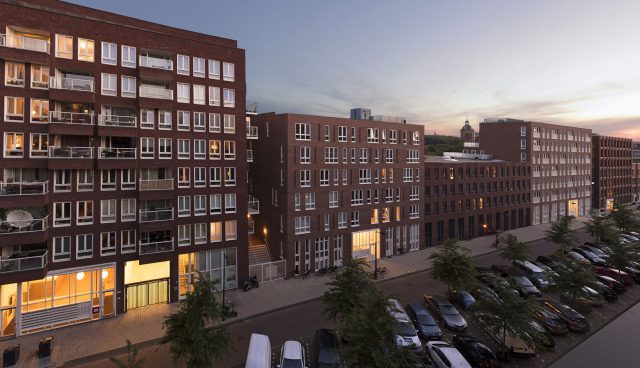 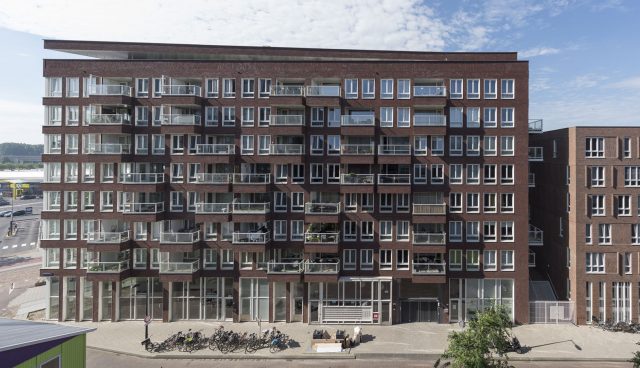 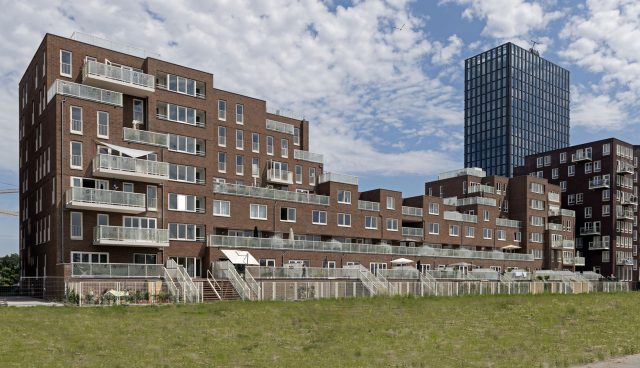 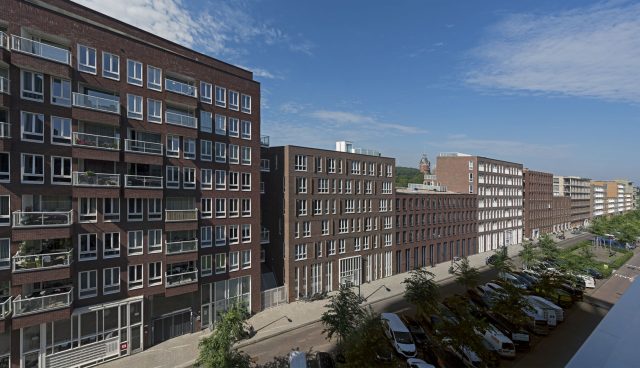 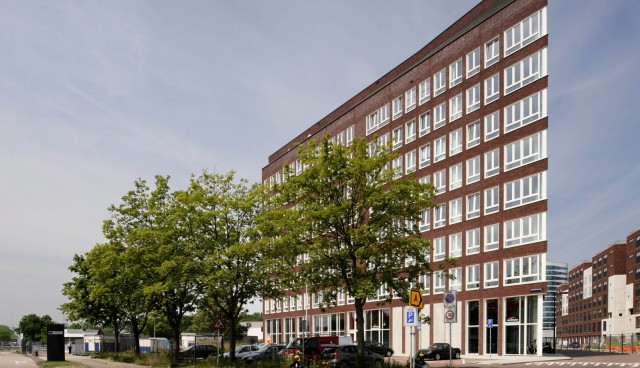 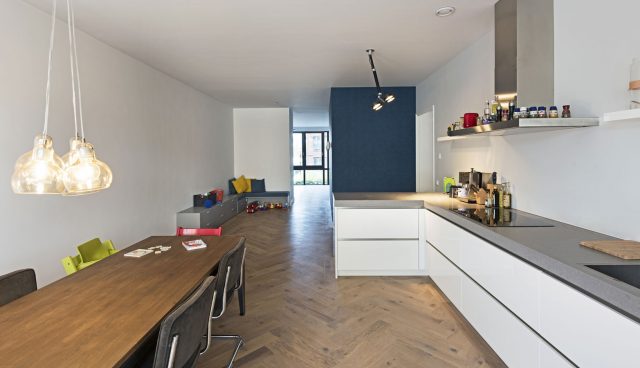 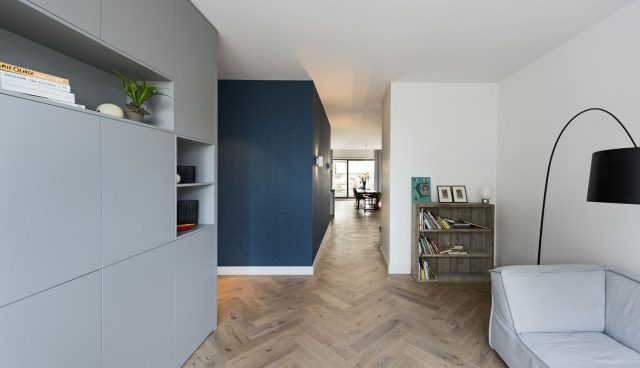 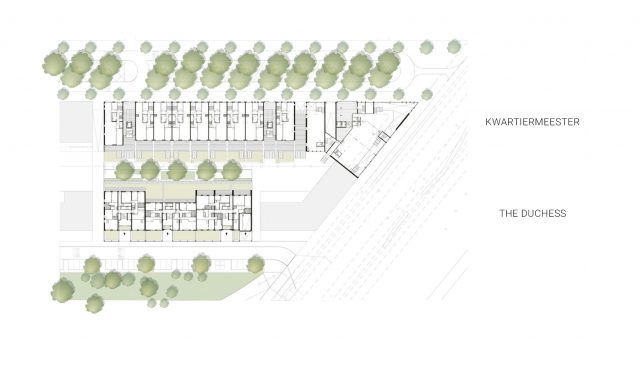 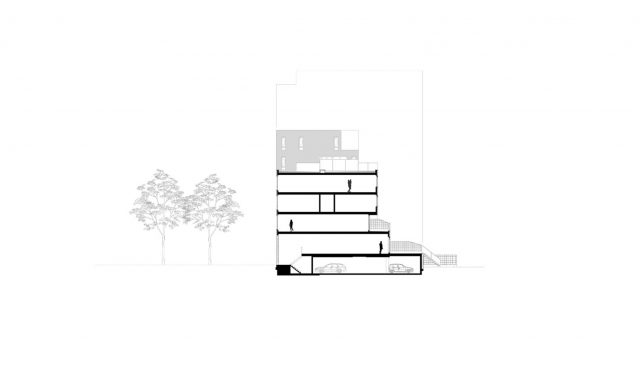 Within the Overamstel zone, the Amstelkwartier neighbourhood is one of the plan areas that have been transformed from a traditional work-centred area to a mixed urban area providing opportunities for working as well as living. You will find the Amstelkwartier on the east side by the Spaklerweg, on the west side by the Nuon grounds, and on the North side by the Amstel River. Kwartiermeester is located in the southern section of the plan area. Within the overall framework of the urban development plan, it links up with building types typical for Amsterdam; Building blocks enclosing an inner garden.

The design consists of two blocks of different sizes accompanying the transition from the city street to the inner street. Kwartiermeester is a building with two faces. The northern front has a stately and tight character. The southern backside on the contrary has an inviting, playful and open feeling. The façade strikes at various places, and the large lavish balconies reinforce the alternate view. Striking are the large window frames, often from ceiling to floor, which will make the apartments that are already large feel even bigger.

in collaboration with:
G&S Vastgoed Amsterdam