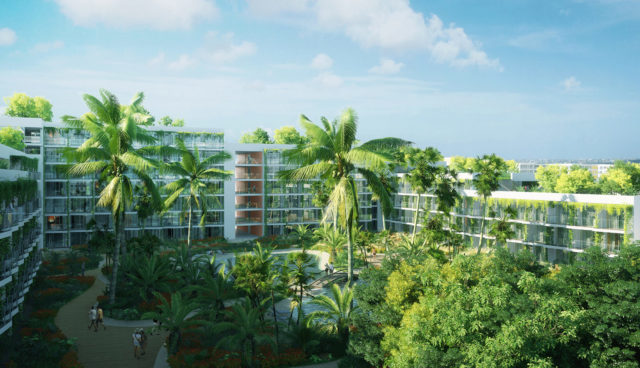 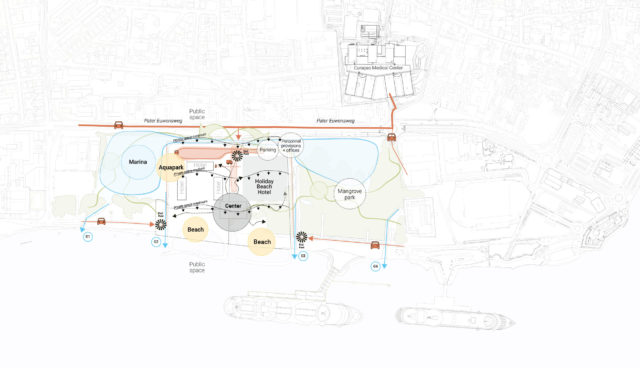 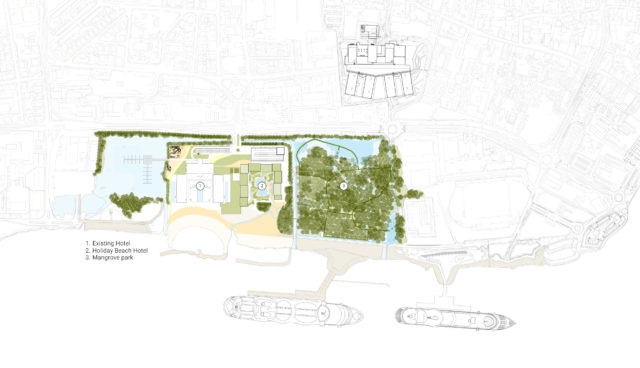 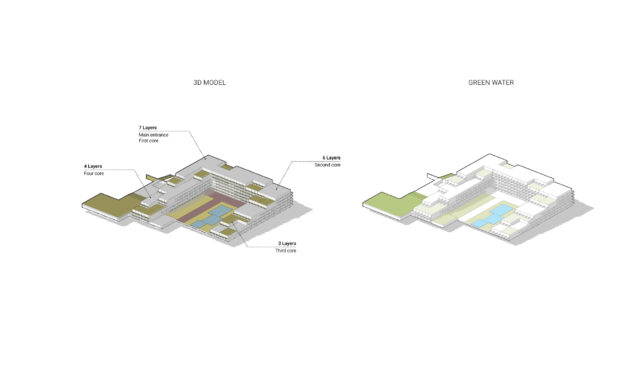 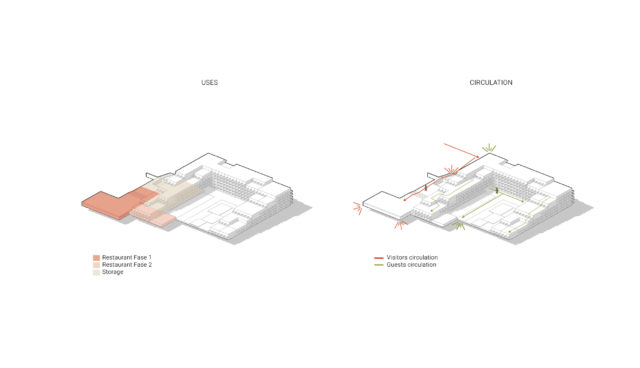 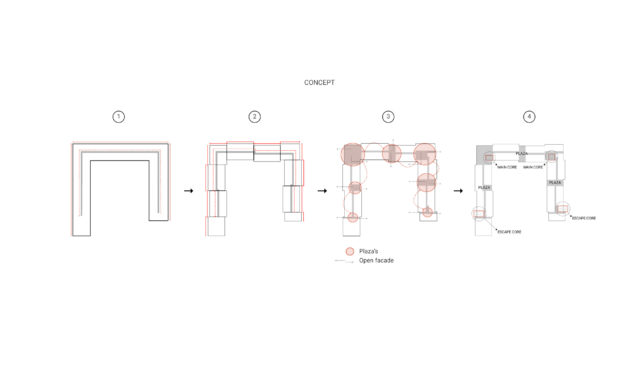 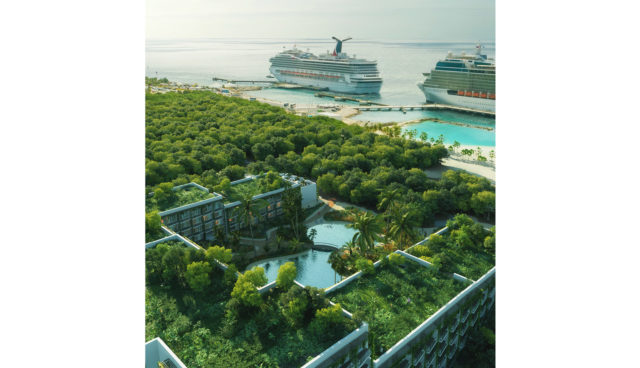 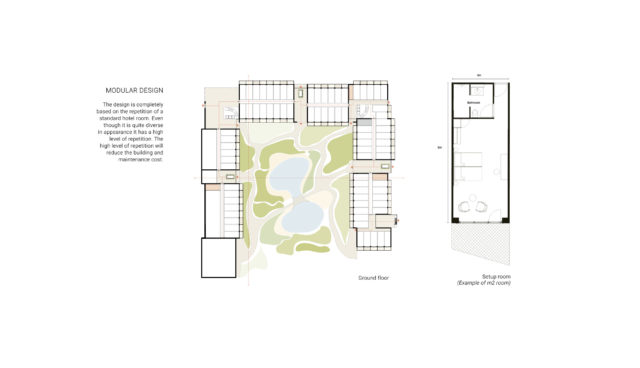 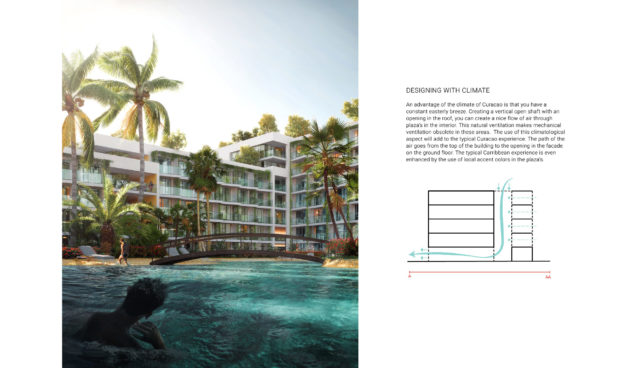 The lot between the old Holiday Beach Hotel and the Mangrove Park (another project by OZ) in Otrobanda has been vacant for decades, or used as parking lot and baseball field. We had the assignment to design a new hotel next to the Holiday Beach Hotel. We started with a masterplan for the lot and it’s direct vicinity to guarantee a logical connection to the surroundings. After that we engaged into the design of the 450 room hotel which will function as a standalone hotel, but will also share amenities, like the beach, the restaurants and the pools with the adjacent Holiday Beach Hotel.

Even though Holiday Beach Hotel was to be realized in the city center, the explicit requirement of the municipality was that it should have park and/or beach like character.The park feeling is brought into the buildings through the central courtyard and the roof gardens. The courtyard consists of different green islands which are an extension of the mangrove park to the east. The green islands vary in height, types of plants and trees. They define the paths that interconnect the parklike exterior to the plaza’s with their vertical gardens, which function as natural ventilation chimneys. Through the vertical gardens the greenery is brought to the roof terraces which can be used for roof top bars but also as relaxation hideaways.

The mass of the hotel is dispersed over the available plot. We staggered the building both vertically as horizontally to bring down the size of the building to a more human scale. There where the building staggers we have created plaza’s to reduce the length of the corridors and create a pleasant tropical experience. These plaza’s are interior spaces with a strong exterior character, where one can enjoy the constant trade winds of the Caribbean. Not withstanding the diverse appearance of the building it is based on the repetition of a standard module, which keeps it cost efficient.

By enhancing the existing park and making a design that is based on the local culture and climate we haven been able to create a unique experience for the guest within a standard hotel room setup.