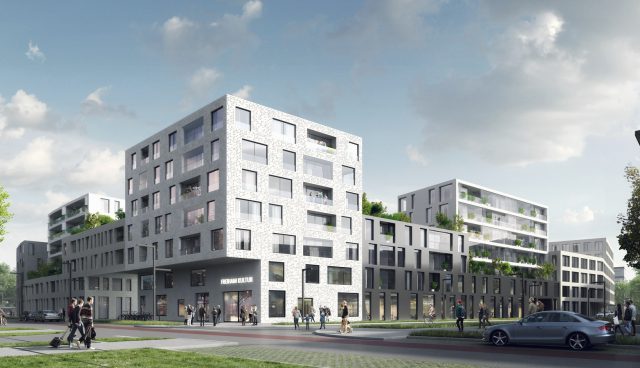 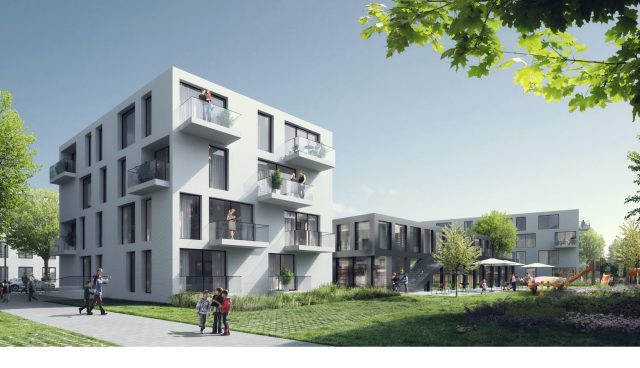 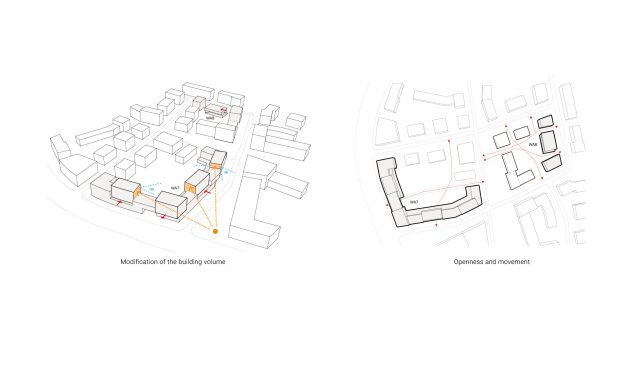 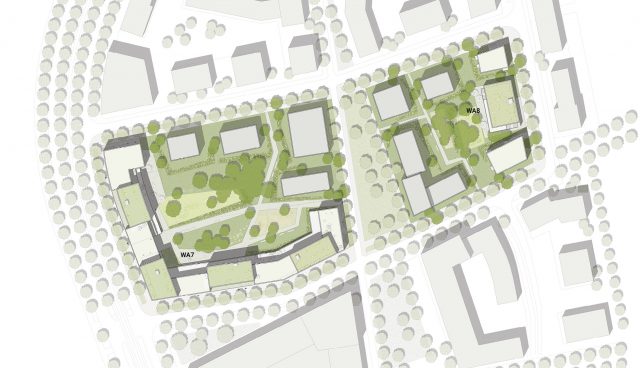 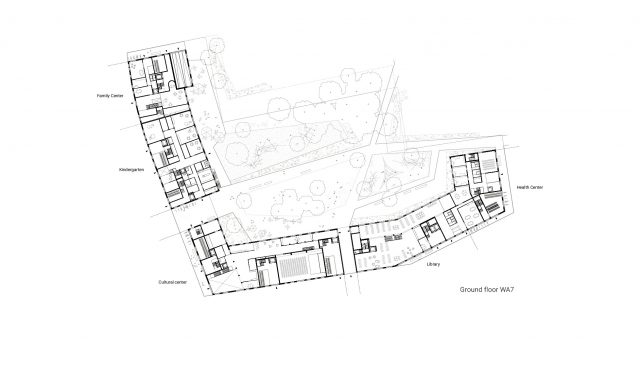 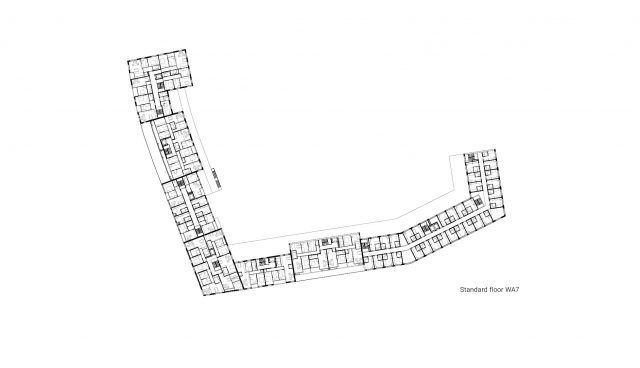 Freiham is an urban plan creating a new edge for the city of Munich. The concept of the plan made by the Dutch urbanist West 8 is based on the idea of “Stadt-Weiterbauens”. The competition brief is for the local center of the area. A public program such as a library, a culture center with a small theatre and a kindergarten fill most of the ground floor and some parts of the first. In the image slider above, you will find different types of housing. These differ from small one person collective housing to bigger family houses.

The proposal of OZ and Moreplatz starts from the urban ambition to reduce the scale of the architecture of Freiham. It takes this idea to the next level of three-dimensional shapes. We made differences in height and depth between the different parts. This way, the plan does not only create a lively street, but it’s side facades and roofs become a part of the cities liveliness.
Freiham consists of two parts. Along the main boulevard, the project has a clear urban sculptural identity. The other part towards the park is, however, more suburban consisting out of three separate buildings. Both parts have lush collective gardens that are designed by Real Grün.

The differences in program and shape are amplified. We did this by varying window openings, recesses, color, materials and texture. But the diversity is more than skin deep. Each part has its own entrance to create maximum activity on the street. On top of this, each part has its own type of circulation fitting the apartment typologies. At the end, the search in this project is to find new and contemporary ways of implementing the small, human, scale into a large scale development.

Read more about this project building on the site from West 8 here.