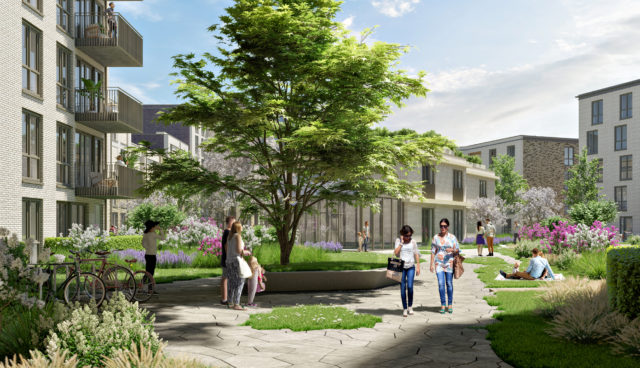 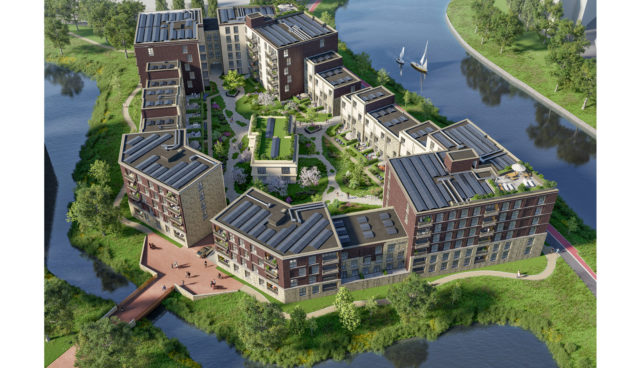 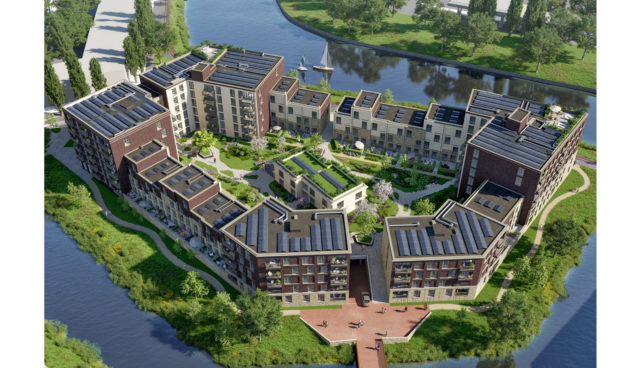 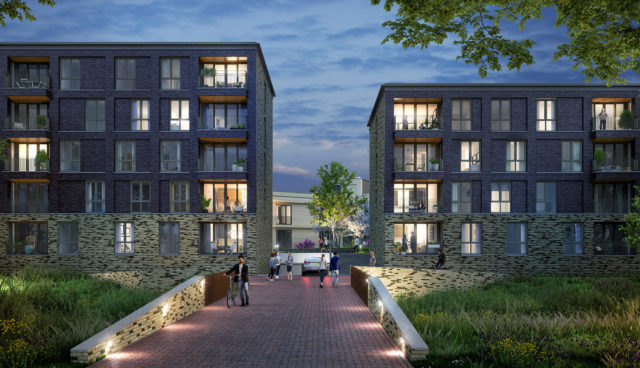 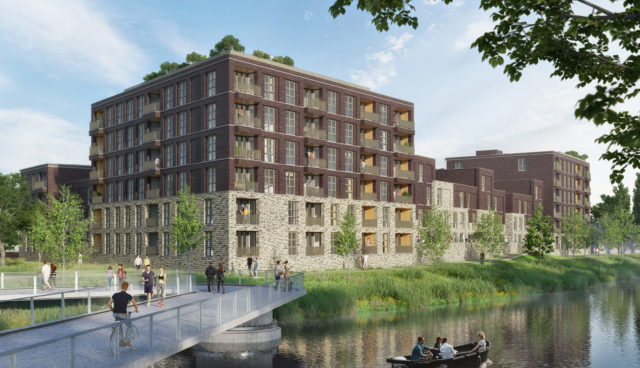 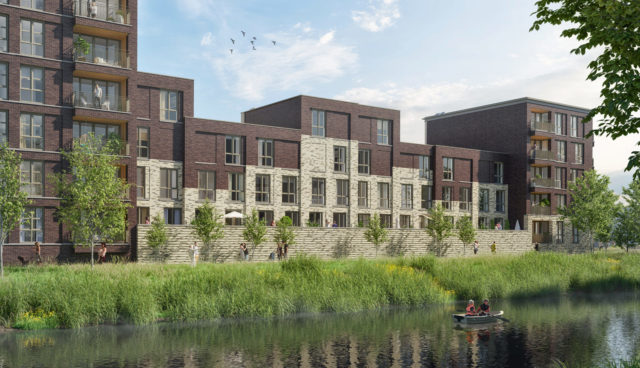 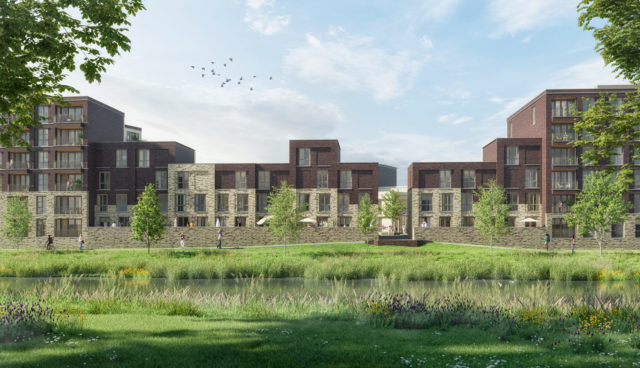 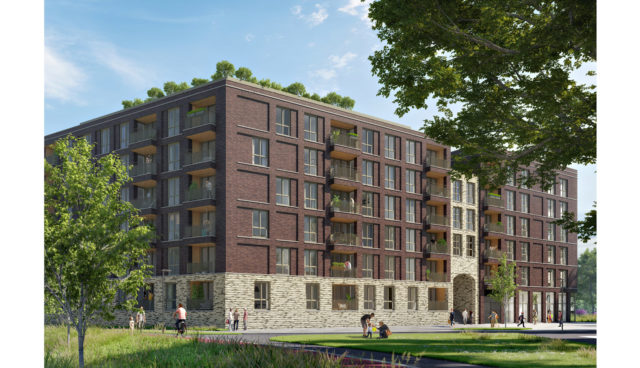 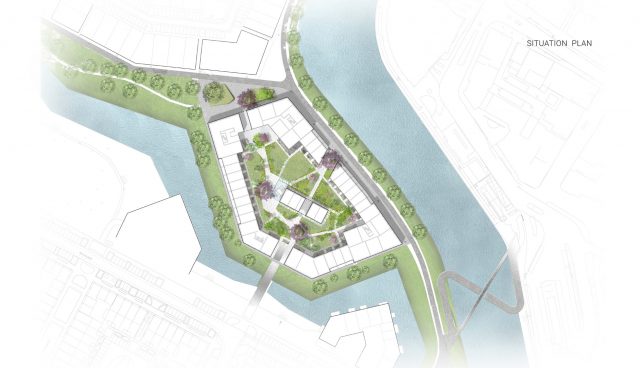 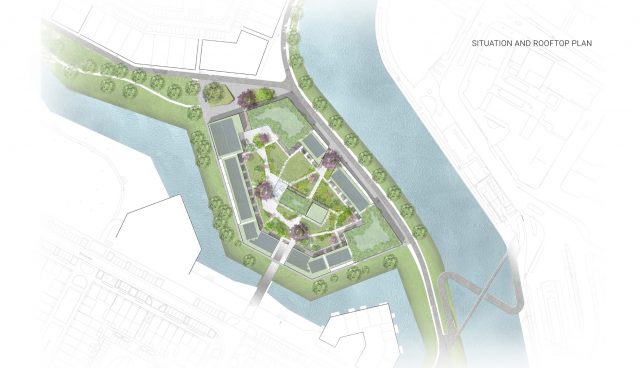 Kop West is a new suburb of approximately 700 residences, at the edge of Purmerend Centre. It houses a large variety of residences, both apartments for rent and sale, ground-floor access housing and plots for self-development. The plan consists of 11 different building sites, and our plan ‘De Open Veste’ has won the competition for site F.

We used the compact and small-scale inner city of Purmerend as inspiration for our design of De Open Veste. Starting point was the urban principal of the stronghold. De Open Veste is, as it were, a modern stronghold; a neighbourhood with approximately 150 residences and one large courtyard, with open connections to the surrounding neighbourhoods and enclosed by water and greenery. De Open Veste will have a great mix of residential typologies and categories including collective private commissioning/co-commissioning. The plinth of the building will house facilities like a café or lunchroom. Parking is solved in a half-sunken parking garage. Inside the courtyard, a small greenhouse forms the pedestrian entrance to the garage.

De Open Veste is a sturdy urban block which houses different buildings. The buildings are architectonically familiar, but vary in scale and rhythm, creating contrast within the stronghold strip. They have deep reveals to emphasize the massiveness of the stronghold. The outside of the building blocks consists of dark masonry, in contrast with the light masonry surrounding the courtyard. Giving it a light and semi-private character. The courtyard facilitates casual encounters for the residents. It is informal in its design, so that initiatives like a pop-up lunch or barbecue are possible. There is space for fruit trees and herbs, but also space to enjoy the courtyard from a bench.

Sustainability is an integral part of the design. The multiple rooftops are filled with solar panels and greenery, even with trees. With that, the rooftops become part of the green design in and around the stronghold. Also, we stimulate exercise and the use of bicycles through the design, as well as car-sharing and electric driving. The exuberant greenery in the courtyard and the collective rooftops aren’t just nice surroundings, they also contribute to cleaner air.