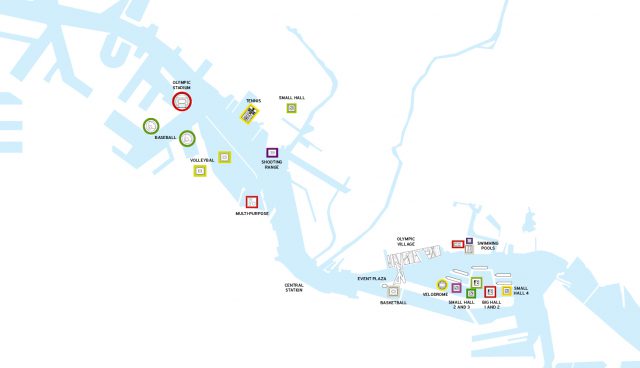 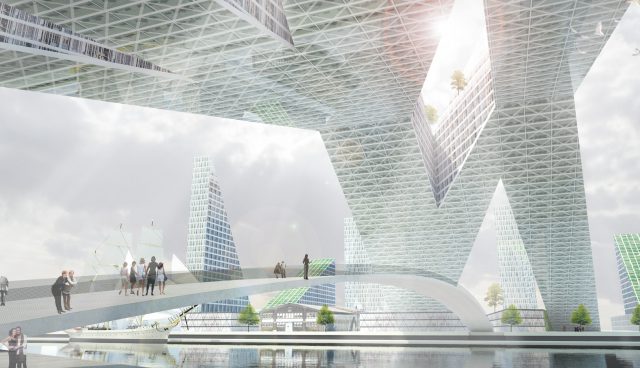 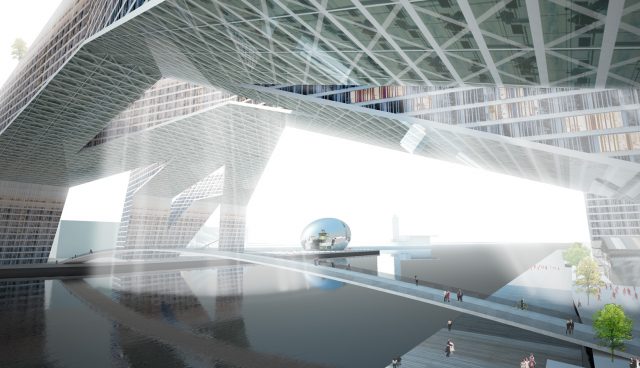 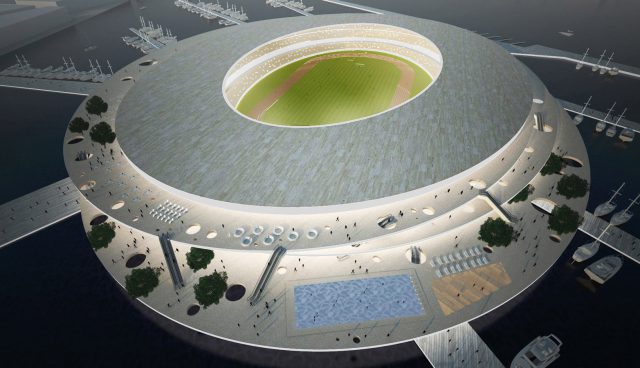 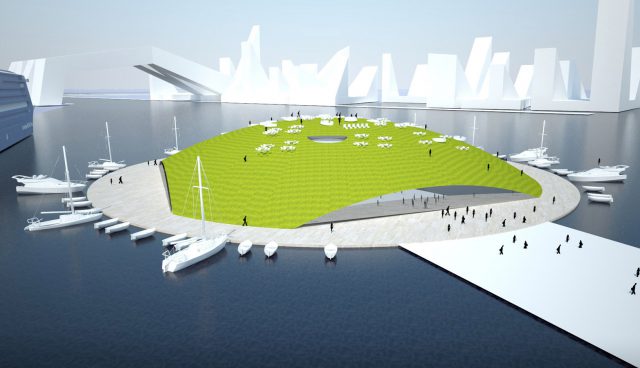 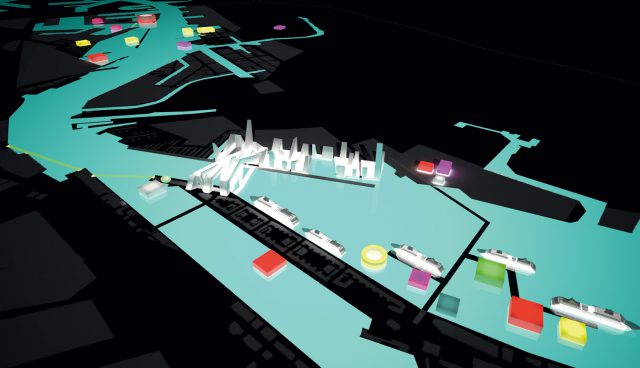 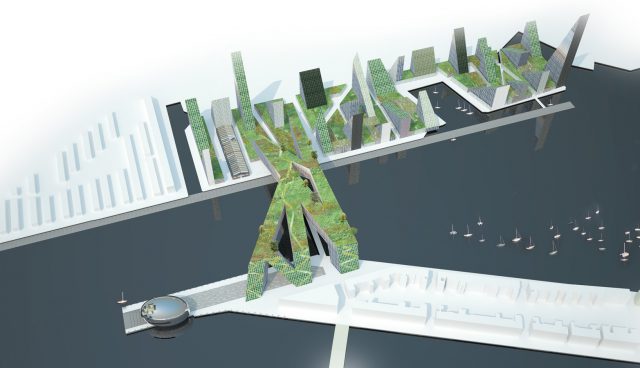 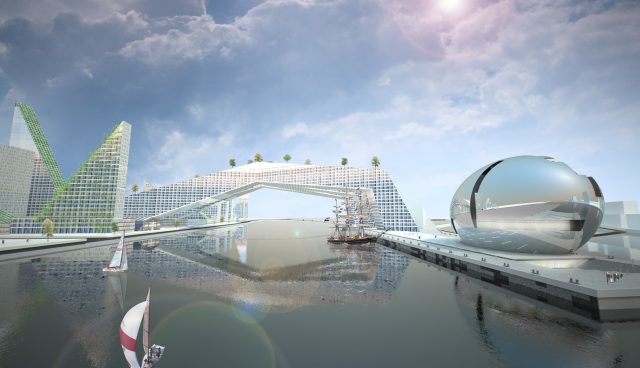 The Floating Games is the idea to use the IJ in Amsterdam as the most sustainable location to organize the Olympic Games. For that purpose, a majestic bridge will be built between Java island and Amsterdam North. Around and in the IJ practically all events will take place and cruise ships can provide the necessary hotel accommodation.

The sustainable games
The Olympic Games have to be compact games in the heart of the city. Large parts of the Olympic program can become part of a permanent, sustainable residential area and work area on the banks of the IJ. Special buildings for The Floating Games, sports facilities, new connecting roads and extension of public transport, boulevards and other public services on the water. And last but not least, there will be a new perception of the IJ.

The Olympic Bridge
The Olympic Bridge is the heart of the Olympic town of the Floating Games on and around the IJ. It consists of an Olympic village where athletes will be hosted, and the ceremony square where sports-people and visitors can meet. “The Bridge”, a building across the IJ, is the symbol of the Games. The village is part of the new town on the northern banks, an urban and green area at the same time. Public services, including training facilities and parking on the first couple of floors, create a raised park on the water. The buildings above it, that differ in height, are a combination of work and residential buildings. The Bridge is a vertical town. It combines functions such as public squares and small front offices, hotels, retail and a media center.

Park & Float
It is an old dream of Amsterdam, to keep the cramped historic city accessible and yet
traffic-free. The Olympic Games (or Floating Games) is a major impetus for the start of an environmentally friendly transport by water. People and goods, everything is within 15 minutes, including peripheral locations such as the old Olympic Stadium in the south or the Park & Float points
that are being set up along the A10 motorway. Parking is will take place outside the city on the waterfront. The transport to transport to the stadiums will be fast, clean and efficient
with high-quality public transport over water.

Read more about The Floating Games

assignment:
Plan for the Olympic Games 2028 in Amsterdam